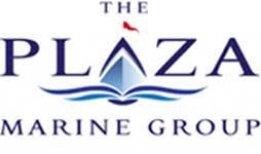 Bunker supplier Plaza Marine is seeking to win a greater share of the New York market from the end of this month as it expands its dockside tug fuelling operations.

Plaza is expecting increased traffic at its Elizabeth, New Jersey terminal from the end of February as ExxonMobil halts dockside tug fuelling operations at the IMMT Bayonne facility, the company said in an emailed statement on Wednesday.

"We have taken steps to handle an expected increase in traffic," William G. Gottimer, Jr., president of Plaza Marine, said in the statement.

"We operate our facility on an appointment basis to assure our customers have a predetermined time slot allowing them to avoid delays.

"Our sales and operational personnel have taken proactive steps to assure a seamless transition for customers that formerly used ExxonMobil's services at IMMT Bayonne while continuing to serve our loyal existing customers."

The company saw 743,000 ringgit ($175,235) of pre-tax profit from its oil trading and bunkering services segment in the third quarter.

The firm has taken delivery of the Optimus, the first in a series of LNG bunkering ships designed by engineering firm Damen.