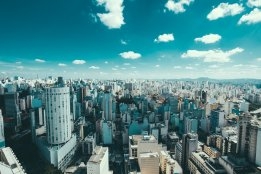 Global commodity trader Vitol has agreed to pay $135 million to resolve South American bribery cases including one involving fuel oil pricing information in Brazil, according to the US Department of Justice (DoJ).

Vitol was accused of paying bribes to officials in Brazil, Ecuador and Mexico, the DoJ said in a statement on its website Thursdsay.

"Over a period of 15 years, Vitol paid millions of dollars in bribes to numerous public officials – in three separate countries – to obtain improper competitive advantages that resulted in significant illicit profits for the company," Brian Rabbitt, acting assistant attorney in the DoJ's criminal division, said in the statement.

In Brazil, Vitol is alleged to have bribed at least five officials from state energy producer Petrobras for confidential fuel oil pricing information that helped it win fuel oil contracts with the firm. Vitol and a Petrobras official in Houston would then hold 'staged negotiations' that resulted in Vitol winning the contract at a pre-arranged price, the DoJ said.

The fund -- set up in June 2020 with $2 billion -- has invested in renewable fuel producer Infinium.

"Having the best team is a continuous objective of any successful organisation, and accordingly we are actively engaged in dialogues with several potential new hires."

As other creditors seek to secure payment by 'separating out' different contractual sections.