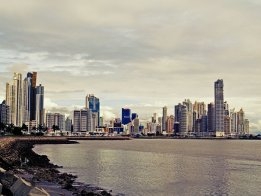 Panama's bunker sales have posted a year-on-year decline for the sixth month in a row, with the latest figures for October showing volumes 18.8% lower than in the same month of 2019.

The number of ships arriving in Panama for bunker fuel sank by 18.8% on the year to 566 in October, meaning the average stem size gained 20% to about 729 mt.

Global bunker demand has fallen sharply in many ports following measures put in place to address the COVID-19 pandemic. But Singapore, the world's largest marine fuels hub, appears to be escaping this year's doldrums more quickly with year-to-date bunker demand now 6% higher than in the same period of 2019.

Unioil's contract with the Danish armed forces expired in September 2020, and the firm declined to bid on the next contract, worth 1.2 billion Danish kroner ($194 million).

The firm is looking for candidates with at least three years of experience as a vessel operator or bunker buyer or seller and with a Danish or EU work permit.