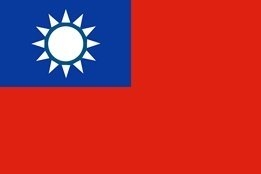 The products will be available at all ports, including Hualien, Keelung (Chilung), Kaohsiung, Suao, and Taichung.

As Ship & Bunker previously reported, last month the country's Ministry of Transportation and Communications (MOTC)  announced that, effective January 1, 2019, it will implement a rule requiring all ships entering its international ports to use bunkers containing no more that 0.5 percent sulfur.

The decision, which is reported to have caused consternation among shipowners, comes ahead of a global 0.5% sulfur cap on marine fuel that comes into force on January 1, 2020.

CPC today also announced it will discontinue supply of bonded MDO from March 1, 2018.

The report, published this week, examines and compares the safety profiles of ammonia, methanol, hydrogen and LNG when used for bunkering.

Sing Fuels CEO Vikash Dhanuka discusses his firm's growth plans after its latest acquisition in an interview with Ship & Bunker.