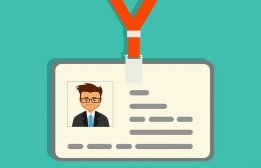 The possibility of bunker licensing systems and compulsory mass flow metres (MFMs) being imposed more widely across the world's leading marine fuel hubs appears to be gaining more widespread approval in the industry.

On the sidelines of last week's Global Bunkering Summit hosted by Petrospot, conversations on the subject showed increasing support for the idea.

Singapore has long operated a licensing scheme for bunker suppliers and barge operators, and introduced compulsory MFMs for fuel oil deliveries three years ago. Most of the rest of the world has yet to follow suit, and the problem of quantity discrepancies between the amount of bunkers sold and the amount delivered remains widespread.

The problem will exist as long as we don't make use of the technologies that are available.

"Unfortunately, I think the problem will exist as long as we don't make use of the technologies that are available to us," Jan Christensen, senior director for purchase and supply at shipping company Hapag-Lloyd, said during a panel at the conference.

Christensen's comments sparked further conversations about the issue in the online event's chat, with most attendees supportive of the idea.

"MFM and a strong licensing system is the way to go," one Singapore-based supplier said.

"Arguing otherwise is only proof that there is no willingness to really address the issue."

"MPA in Singapore took a very bold initiative and wanted to implement bunker licences as the first major bunker hub in the world," IBIA Chairman Henrik Zederkof said in a webinar hosted by Ship & Bunker earlier this year.

The ports of Amsterdam, Rotterdam and Antwerp plan to introduce such a scheme by the start of 2022, he said.

At last week's conference one supplier suggested an MFM mandate would push the cost of bunkers up because installing the equipment would be expensive and time-consuming. But another said the cost of the equipment itself should be trivial when split among bunker purchasers over its lifetime.

"An MFM costs, between the device and the installation, around $200,000," the supplier said.

"If you divide that amount by the tons that are supplied by a barge over a number of years, we are talking about 1 or 2 cents per ton."

But while the price should not be moved significantly by the cost of the equipment itself, nominal prices quoted in the market may well move up after the introduction of MFMs as they start to reflect the real amount of bunker fuel delivered.

This can be seen in Singapore's prices as the MFM mandate came in -- Ship & Bunker pricing shows fuel oil prices there jumped by around 43% from 2016 to 2017, while Brent crude prices advanced by just 24% over the year.

"It should drive prices to reflect the actual cost of goods plus operating cost plus margin," a buyer said at the conference.

"There should be a natural price appreciation that happens when it is introduced."

The vessels will have CO2 emissions at least 10% lower than the company's previous generation of shuttle tankers.

Oilmar DMCC: How to Improve KYC Checks in the Bunker Industry

High sulfur fuel oil was available at Colombo at a $99/mt discount to Mumbai's level on Wednesday.