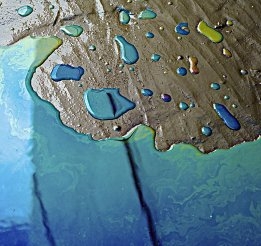 The sunken tanker Sanchi, which went down last week in the East China Sea, is leaking bunker fuel.

Fears of a leak from the ship's fuel tanks were raised last week and confirmed by International Tankers Owners Pollution Federation (ITOPF) over the weekend.

Heavy fuel oil can be contained and recovered provided that the weather conditions are favourable, Purnell was reported as saying.

However, the tanker's cargo of condensate could hamper salvage efforts as the Chinese maritime authorities have said that the residual condensate on the wreck could ignite and cause another explosion.

ITOPF is a not-for-profit organisation funded by tanker companies.

The firm has received a purchase order worth NOK 5.5 million ($559,000) from a large European shipowner.

The company is looking for candidates with at least five years of experience in executive leadership roles and a working knowledge of how to raise capital outside traditional lines of credit.

The firm bunkered onto its heavy lift vessel the MV Calypso 145 mt of a 100% bio-based marine fuel from GoodFuels at Rotterdam in late October.