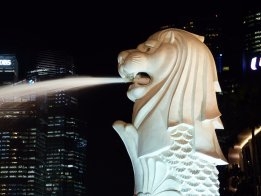 Singapore's police have opened an investigation into oil trading firm Hin Leong, according to media reports.

A number of news agencies including Bloomberg and S&P Global Platts reported early Tuesday that the Singapore Police Force have started to investigate the company. What the focus of their investigation will be remains unclear.

In a court filing that came to light last week the son of billionaire company founder Lim Oon Kuin (OK Lim) said his father hid $800 million in futures losses sustained over a number of years.

The company is also said to have sold off much of the inventory used as collateral for its lenders.

Hin Leong has yet to make an official statement on its situation, and company representatives have not responded to multiple requests for comment from Ship & Bunker.

Distillate Demand Down by 7% Over Year: IEA