One Dead, 15 Kidnapped After Container Ship Pirate Attack in Gulf of Guinea 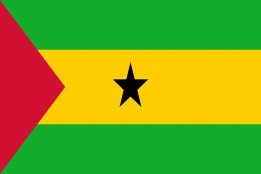 The attack took place off the coast of Sao Tome on Saturday. File Image / Pixabay

One seafarer has been left dead and 15 more kidnapped after a pirate attack on a container ship in the Gulf of Guinea over the weekend.

The Liberian-flagged boxship Mozart was on its way from Lagos to Cape Town when it was attacked off Sao Tome on Saturday, news agency Reuters reported on Monday, citing comments from Turkey's foreign minister.

The seafarer who was killed was Azeri, and 15 Turkish sailors were abducted by the pirates. Turkey has yet to receive contact from the kidnappers.

The attack may bring greater attention to the worsening security situation in the Gulf of Guinea -- a topic which several executives of major shipping companies have raised in recent weeks.

"I am deeply concerned by reports of the criminal attack on the container ship Mozart," IMO Secretary General Kitack Lim said in an emailed statement on Monday.

"I am monitoring developments, and wish that this matter be resolved quickly.

"This is an extremely serious attack on merchant shipping.

"IMO is committed to enhancing the interactions with the relevant stakeholders including the littoral states to prevent such further incidents occurring."