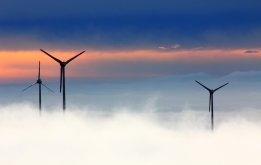 Wind power could be a key element in the shipping industry's decarbonisation strategy in the coming decades. File Image / Pixabay

The Institution of Mechanical Engineers has recommended the UK's government should support wind propulsion as a means of cutting the shipping industry's emissions.

Retrofitting a ship with fixed sails could cut its emissions by as much as 30%, the organisation said in a statement on its website this week.

"The shipping industry is focused on developing alternative fuels such as hydrogen and ammonia to replace polluting bunker fuel, but these fuels will be at least three times more expensive and will not be ready for the shipping market for at least a decade," the organisation said.

Group also working on guidelines for new fuel such as ammonia and hydrogen.