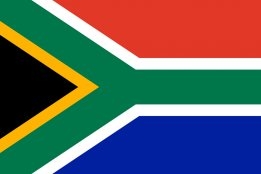 South African refiner Engen plans to turn its refinery near the port of Durban into a storage terminal.

The project is expected to be completed by the third quarter of 2023, the company said in a statement on its website on Friday. The firm characterised the plant as 'not commercially viable'.

"The Engen refinery, located in the south of Durban and commissioned in 1954, is the oldest refinery in the country and is responsible for approximately 17% of the country's fuel production," the company said.

"With a nameplate capacity of 120,000 barrels per day, it ranks as a low capacity, medium complexity facility with limited upgrading potential.

"An added consideration for any upgrades is that it sits on a restrictive plot size and is located within a residential area; of which both factors render a potential capacity modification unfeasible."

The refinery was hit by a fire at the end of last year which, combined with another blaze at the Cape Town refinery, has significantly curtailed South African bunker production.