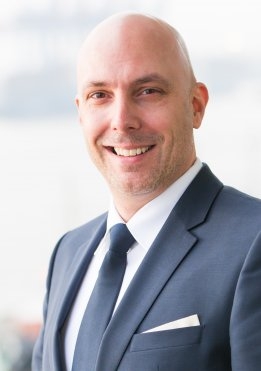 The firm lost its team in the German maritime city following the merger of KPI and OceanConnect earlier this year.

Gronenberg, who is an experienced bunker industry professional, says he wants to put the company at the heart of the German maritime sector.

The new appointee said that his aim is to make KPI OceanConnect "the preferred partner to German ship owners and provide a one-stop solution to all our business partners' needs".

But the first task in his in-tray is developing the bunker team.

"My immediate priority as managing director is to set the right team for the Hamburg operations. Each team member has the opportunity to play an important role in the future growth and direction of the company," he said.

The two bunker firms completed their merger in August.

However, at the time the Hamburg bunker team joined GP Global. Chief executive Søren Høll told Ship & Bunker in early August that the market could expect more news on this in September.

By the end of this year just 24 tankers are likely to have been demolished.

But Algeciras, where sales rose 11%, was among the Spanish ports that saw volumes increase for the month.

Meanwhile, research shows a huge drop in greenhouse gas emissions due to lockdowns.