Oman Bans Use of Open-Loop Scrubbers 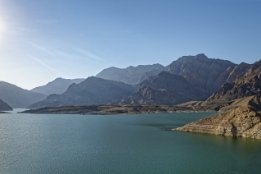 Oman has banned the use of open-loop scrubbers within its territorial waters.

A note from Inchcape Shipping Services relayed via Standard Club warned that there was no known limit for pollution fines due to the discharge of scrubber washwater in Oman waters.

Ships discharging scrubber wastewater may also be detained, it said.

The note did not explain why Oman had taken the decision to ban open-loop scrubber use, but a number of ports have made similar moves over environmental concerns.

Advocates for scrubbers insist open-loop scrubber use is not harmful to the marine environment.

If nothing else, Oman is unlikely to be accused of simply jumping on the bandwagon; its move comes well after peak scrubber hysteria hit last year, with Covid-era oil prices now the key driver for a rethink on the technology's place in the global fleet.

The buoy will be tested in the second half of 2021 to charge smaller battery-powered or hybrid-electrical vessels overnight.

The company announced the tender in July 2019.