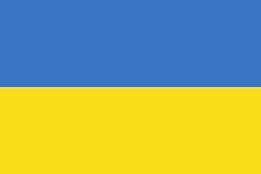 Almost 11,000 international cargo vessels were serviced in Ukrainian ports during the year, PMG says citing data from Ukrainian Sea Ports Authority, with overall cargo volume down only 0.7% vs 2019.

The performance will rightly be seen as a positive one particularly given the difficulties endured by the industry last year.

Ukraine has 10 main ports in the Black Sea clustered together around the same 'bay' area. Each port is independent and has its own individual targets. For example Odessa specialises in petrochemicals, metals and container flows, Yuzhny and Nikolayev are major grain exporters, while Chernomorsk does predominantly liquid and dry bulk. Together, those above 4 ports make up a lions share of Ukrainian cargo flows.

Operating in Ukraine since 2017, PMG is the incumbent physical supplier in all the 10 ports, the top supplier in Ukraine by volume, and the only supplier in the country which can offer product, lubes and other provisions both at anchorage and at berth. Most deliveries take place at anchorage. Clients lifting berth usually have special circumstances the prevent refuelling at anchorage. E.g. Nato military vessels which have a long list of constraints.

While the unprecedented disruption of IMO 2020 was quickly forgotten in the face of COVID-19, PMG confirmed that previously held fears over widespread quality problems associated with the new VLSFO fuels did not materialise.

"Another aspect of the IMO 2020 change that did not materilzise was a shift from fuel oil to gasoil. We had expected a significant number of buyers in the region to opt for MGO rather than VLSFO," Michael Malamen, Senior Bunker Trader at PMG Holding added.

"We have seen some regular clients indeed making that switch, however, this number is significantly smaller than expected. Overall, the market proportional split between MGO and VLSFO closely resemble pre-2020 MGO and HSFO split."

PMG Holding commenced its first supply of VLSFO in November 2019 ahead if the IMO 2020 rule  coming into force on January 1, 2020.

The new role will involve handling the bunker volumes of Pan Marine's own fleet as well as third parties.