Shipowners Finally Waking up to Impact of IMO2020 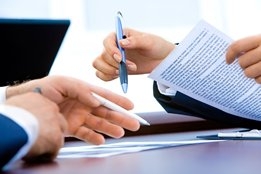 Shipowners are starting to seriously consider how their operations might be affected under the global sulfur cap on bunker fuel coming into force in 18 months' time.

Anecdotally, the club's deputy director Tiejha Smyth said that membership enquiries on the issue are up.

"There's been a bit of a groundswell in enquiries on the impact of IMO2020," she said speaking in London on Wednesday.

All clauses related to bunkers need to be reviewed

In a situation where a charterparty straddles the introduction of the 0.5% sulfur cap, shipowners could be exposed to unforeseen costs, she said.

Under a timecharter arrangement bunkers are paid for at the start of the contract to be sold back at the end. But with changes to fuel grades and composition, shipowners could find themselves out of pocket.

"All clauses [in the charterparty agreement] related to bunkers need to be reviewed," Symth said.

This would include the terms used in a contract to describe bunker fuel. Low sulfur and high sulfur fuel oil have generally been understood to refer to distillates and 3.5% residual fuel respectively but those descriptors can longer be relied upon as multiple fuel types emerge, the executive added.

From the start of January 2020, all ships must use marine fuel capped at 0.5% sulfur unless the vessel is equipped with emissions abatement technology that allows it to continue to use high sulfur product.

The company is looking for candidates with a master's degree in engineering and a good understanding of coding.

Don't Send Us the Bill for Carbon Taxes: European Shipowners

The ECSA has published its response to the proposal to include shipping within the EU's emissions trading system.