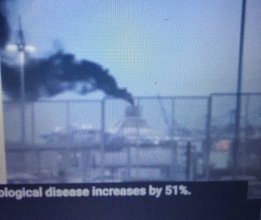 A new study by the French Ministry for Ecological Transition has found that the impact of a Medeca (Mediterranean Emissions Control Area) on modal shift would not be significant.

According to the study, which is yet to be released, the risk to modal shift -- the process whereby trade moves to other ports to avoid the costs of regulation -- is low, the ministry's Oceane Rignault said.

Under a SECA (when sulfur in bunker fuel is set at 0.1%), intra-Med routes would likely be the most affected while the overall impact on freight rates would be low.

Rignault said that the cost of fuel would have an impact as 0.1% bunker fuel is more expensive than 0.5% bunker fuel.  This would also affect the cost of road transport using ships.  The study showed that road/sea routes between Italy and Spain routes would be most affected, she said.

Another study looking at the make up of the Mediterranean fleet has also been made by the French ministry.

Rignault, who was speaking at a webinar on the prospects for an ECA in the Mediterrnanean region organised by German environmentalist NABU, said that the results of the study would be made public early next year.

The company has ordered the four LNG-fuelled vessels from China Merchants Jinling Shipyard.

In good wind conditions the ship may be able to operate at normal speeds using just the sails.