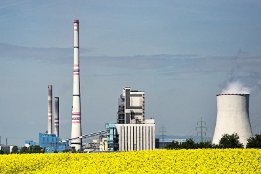 The company is understood to currently produced around 0.7 million tonnes per year of biofuels.

As part of the company's focus on emissions cuts, Repsol said it also has ambition to be a leader in renewable hydrogen in the Iberian Peninsula by reaching a production of the equivalent of 400 MW by 2025.

Both biofuel and hydrogen are seen as important future fuels for the marine shipping industry as it looks to meet its IMO 2030 and IMO 2050 decarbonization targets.

Repsol unveiled its ambitions last week as past of a new strategic plan to accelerate energy transition, decarbonize its asset portfolio and establish a new operating model.

The company now expects to publish its 2020 results by the end of this month, and its 2020 annual report by July 9.

Under a new deal Ennero will exclusively distribute Enoc's marine lubricants at all South African ports.