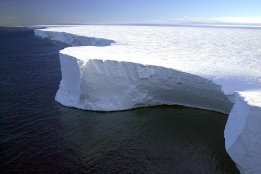 Expressions of interest in developing the NSR are nothing new. File Image / Pixabay

DP World says it has signed an agreement with Russian carrier Fesco to study the feasibility of developing a new container terminal at Vladivostok in support of Russian ambitions to expand the already growing trade along the Northern Sea Route (NSR).

Last year the volume of cargo transmitting the route grew to a record 32.97 million tonnes, with Russia aiming to lift that to 80 million tonnes by 2024.

"DP World supports President Vladimir Putin's vision for the Northern Sea Route, which is one of the last great trading routes in the world to be developed," Sultan Ahmed Bin Sulayem, Group Chairman and CEO of DP World, was quoted by Gulf News as saying.

"Opening up an alternative route to the Suez Canal between East and West will increase the resilience of world trade. It has great potential to develop economic activity and prosperity in Russia's far north. It must be done sustainably to protect the pristine waters of the Arctic."

Under the project plan, cargo would be brought from East Asia into Vladivostok using rail and feeder vessels.

Murmansk in the North West of Russia would also be developed as the connecting transshipment hub in the west, from where cargo would then flow into Europe.

Expressions of interest in developing the NSR are nothing new as the route has potential to offer several advantages to shippers.

For one, transmitting via the NSR is significantly shorter than the traditional route via Suez, with Nordic Bulk Carriers back in 2012 saying that switching from its usual 43 day voyage via Suez to a 23 day route via the NSR would save them 1,000 mt of fuel per journey.

Dollar savings are furthered by removing the need to pay the Suez Canal toll, as well as potentially saving on insurance costs thanks to the ability to avoid areas with a higher risk of piracy.

Negating the benefits are the obvious wether challenges with transit only possible during seasonally favourable ice conditions.

But even when conditions permit, operating ships in the Arctic is increasingly seen as a poor environmental choice, with carriers Hapag-Lloyd, MSC, CMA CGM among those who in recent years have pledged not to use the route due to environmental concerns.

Any significant shift in trade to the arctic has the potential to impact volumes at the current key bunkering hubs in SE Asia and NW Europe.