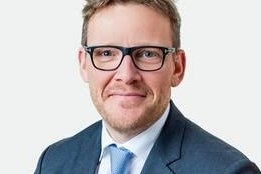 While there are certain scenarios that would make scrubber’s an attractive solution for IMO 2020 compliance, Odfjell SE CEO, Kristian Mørch, believes that overall the technology does not make sense.

Speaking in a Q&A session during the firm’s latest Q2 earnings webcast, Mørch's views closely mirrored those of Maersk, in that he favoured a land-based solution but his company may still invest in the technology to help understand it.

"It's something we’ve spent a lot of time analyzing and trying to understand. I think fundamentally we have difficulty in seeing why an industry with 60,000 ships should try and solve a problem that actually should be solved ashore," said Mørch.

"The people that supply in the bunker market will have to adapt to whatever regulation goes on in that market."

They are not as easy animals to operate as most people will make them, so we need to make sure we understand the technology

While a scrubber solution "intuitively doesn’t make sense," Mørch said there are still scenarios where it "could be quite an attractive investment," including where the spread between HSFO bunkers and complaint fuel is $300.

"But it would be a $90 million to $100 million decision by Odfjell and we’re not convinced that that spread will stay as wide as it is," he said.

And in a reminder that there really is no one-size-fits-all solution for IMO 2020, Mørch pointed out that for its calculations it had to consider that some of its vessels spend around 50% of their time in port “where a scrubber is pointless.”

Ultimately, Odfjell is focussing on a fuel-based approach to compliance, with Bunker Adjustment Factor (BAF) clauses in its contracts to protect against swings in bunker costs.

That all said, like Maersk, Mørch said Odfjell is still considering scrubbers for a few ships "just to make sure we understand the technology and the implications of operating scrubbers."

"They are not as easy animals to operate as most people will make them, so we need to make sure we understand the technology. But at the moment we don’t think scrubbers make sense."

The firm has recently seen 10% month-on-month growth in its bunker volumes.

CEO Soren Skou has said the IMO should set a date for when the ordering of newbuild ships using fossil fuels will end.