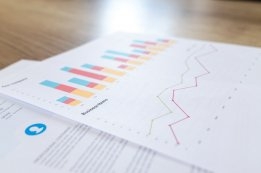 The new report follows up on a previous one published in 2019. File Image / Pixabay

A new study commissioned by gas-powered shipping groups SEA-LNG and the Society for Gas as a Marine Fuel has provided updated estimates on the greenhouse gas emission savings possible from shifting to LNG bunkering.

The two LNG bunkering advocate bodies have commissioned a second 'Life Cycle GHG Emission Study on the Use of LNG as a Marine Fuel' from Sphera, following up on a previous one published in 2019.

These figures are based on analysing the atmospheric warming effect of these ships' emissions over 100 years. Opponents of LNG bunkering prefer to take a 20-year view, which shows a less positive impact.

The unburnt methane released during combustion -- methane slip -- has an intense warming effect for a few years, but breaks down quickly in the atmosphere, meaning the 100-year view provides a more sympathetic analysis of LNG bunkering than the 20-year one.

But the authors of the study claim the methane slip problem is gradually being ameliorated.

"Methane slip is mostly an issue for engines that run in the Otto cycle, and result from incomplete combustion," they said in the report.

"This has especially been the case for old engines in low loads as slow combustion allows part of the
gas to avoid the combustion process.

"Industry experts confirmed that substantial efforts are underway to further reduce methane slip by means of engine-internal measures such as combustion optimisation."

These technological improvements are set to be in place by 2030, the study argues, meaning the potential GHG savings from LNG bunkering will be higher by then.

The study estimates the entire global fleet could cut its GHG emissions by 15% by switching en masse to LNG bunkering today, with this saving going up to 20% by 2030.