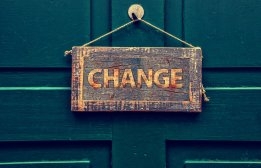 The changes will come into effect by the end of this year. File Image / Pixabay

AP Moller-Maersk, the owner of the world's largest shipping company, has announced a reorganisation and simplification of its ocean and logistics division.

The Safmarine brand will be integrated into Maersk, and the Damco brand's air and less-than-container load offerings will be combined within Maersk's products, the company said in a statement on its website Tuesday.

Safmarine was founded in South Africa in 1946 and bought by Maersk in 1999.

The changes mean the Safmarine and Damco brands will no longer be marketed by the end of this year, Maersk said.

The company also plans to further integrate the back offices of Maersk and Hamburg Sud together, it said.

About 15% of the cargo-handling fleet at the port currently produce zero emissions.

Of the top ten container lines, MSC and Maersk have the highest amount of scrubber-fitted container freight capacity.