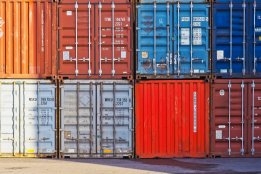 AP Moller-Maersk, the owner of the world's largest shipping company, saw its bunker consumption drop by 14.4% in the second quarter as the COVID-19 pandemic prompted a sharp decline in the freight volumes it carried.

The company is the world's largest consumer of bunker fuel, and one of the biggest corportate consumers of any kind of oil. The decline in its bunker requirements can be taken as an indicator of the scale of the demand falls seen around the world earlier this year as the current economic crisis started to take hold.

The company carried a total of 2.903 million forty-foot equivalent units (FFE) in the second quarter, down by 15.7% on the year.

Maersk's decline in fuel consumption was partly driven by increased fuel efficiency, with bunker consumption per TEU per nautical mile falling by 2.4% to 40.7 g/TEU*NM.

The company paid an average of $328/mt for its bunker fuel in the second quarter, down from $436/mt a year earlier.

Shipping Executive: We Can't Order New Tonnage While Carbon Rules Are So Uncertain

While all shipowners by now will have the IMO's objective of halving GHG emissions by 2050 firmly in mind, no concrete guidance has yet been given on the timetable for carbon-emitting ships to be phased out.

The country saw total bunker sales of 409,767 mt last month, according to the latest data from the Panama Maritime Authority.

GP Global's Singapore Creditors May Recover Just 9% of Their Losses

GP Global APAC is reported to owe its top 20 creditors more than $464 million.