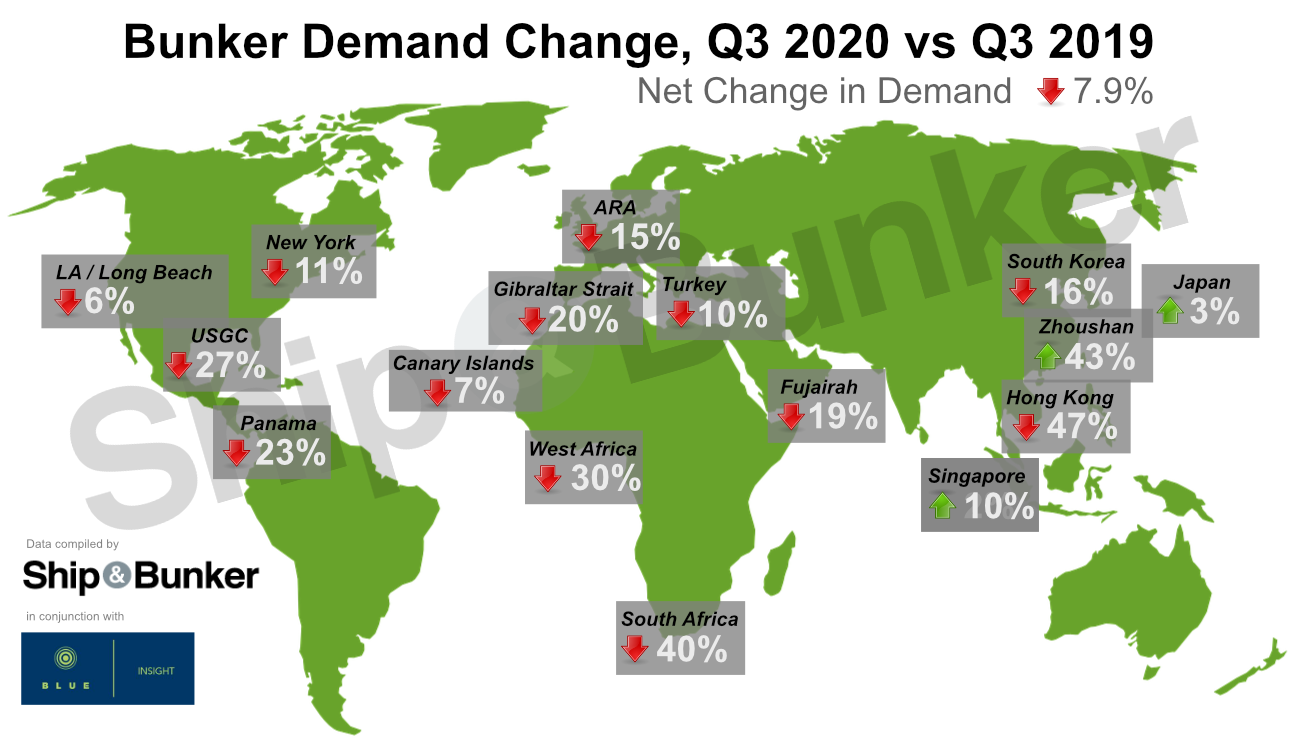 Demand at marine fuel hubs dropped by just under 8% on the year in the third quarter as ports started to recover from the worst of the COVID-19 crisis, according to a market survey of bunker sales volumes in 16 leading global bunkering locations.

Ship & Bunker, in conjunction with consultancy BLUE Insight, has surveyed bunker market participants around the world and found an average drop of 7.9% in the third quarter from the same period of 2019. The average gain from the second quarter at the nadir of this year's market was 1.6%.

But the changes in individual regions varied widely, ranging from Zhoushan's gain of 43% to Hong Kong's drop of 47%.

"It was great to see that Q32 figures showed a slight improvement over Q2, but more optimistic comments were heard than reality showed," says Adrian Tolson, director of BLUE Insight.

"It's clear that the figures continue to underline that the damage done earlier in the year has yet to be repaired."

"Early signs are more positive for Q4, and we can only hope this is backed up by the figures at year-end -- if the bunkering industry can get away with losing something less than 10% of total demand, then we should all be very happy."

Together these areas saw just over 30.5 million mt of demand in the second quarter. On an annualised basis that would mean these areas cover around half of global demand.

But because the areas covered by the survey include some of the top bunkering areas in the world, the global drop shown is likely to be less steep than that seen for total demand. The effect of demand tending to congregate at bunkering hubs this year has left the world's smaller ports with sharper declines.

The full report, including sales for 2019 Q3 and 2020 Q3 sales volumes in the 16 markets covered, is available to Ship & Bunker subscribers. Subscriptions start for as little as $49 per month.