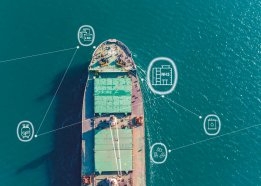 Classification society Bureau Veritas has developed a new standard for ships designed to be capable of being retrofitted to ammonia-fuelled propulsion at a later date.

The organisation's ammonia-prepared notation "targets the spaces and structural components that will accommodate future ammonia fuel tanks, fuel handling equipment and ammonia vapor treatment installations," it said in an emailed statement on Tuesday.

The move follows a similar notation announced by ABS earlier this year.

The notation meets demand from shipowners keen to show willingness to shift to zero-carbon fuels at a later date but unwilling to order tonnage running on these fuels now before their supply chains have matured.

"Ammonia is considered a key fuel on the road to the IMO's 2030 and 2050 GHG and carbon reduction targets," Laurent Leblanc, senior vice president for technical and operations at Bureau Veritas, said in the statement.

"We are working to advance its safe development and are currently involved in joint industry projects to assess the risks of ammonia.

"The release of these new notations is a major step to help ship-owners, designers, shipyards and charterers make progress in their sustainability journeys and inform their future investments."

The company's LNG bunker barge, the Dmitry Mendeleev, is due to undergo sea trials in the spring of 2021 before joining the company's fleet in the second half of this year.