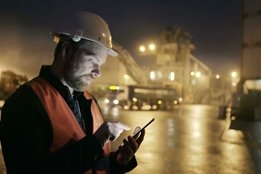 OceanConnect Marine has announced the completion of a number of upgrades to its online bunker purchase platform, which it now declares as being “IMO 2020 ready”.

“Buyers and sellers asked for upgrades and the new site responds with features that make it easier than ever to buy and sell bunker fuel online,” says OCM Global Managing Director, S.I. Shim.

Enhancements in the new system include proxy bidding, which allows sellers to enter their best price and the system automatically lowers their bid in increments until the best price is reached. Previously, sellers would have to continuously monitor the auction and make manual adjustments.

Bunker requirements are still filled via reverse auctions, in which suppliers compete to offer the lowest price, but buyers can now run multiple auctions at once, or they can run a single auction for multiple ships and / or multiple product grades.

And with credit expected to be a major headache next year, another new feature is that suppliers can now sell “for the account of OCM” if their credit line for a buyer is fully utilized. The bid price simply includes a pre-agreed margin for OCM.

Further details on the new platform can be found here: https://www.oceanconnectmarine.com/#auctionconnect

The port authority's CEO met the managing director of German LNG Terminal GmbH this week to discuss the increasing use of natural gas.