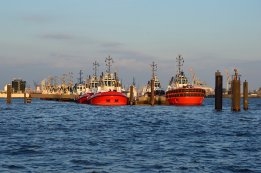 Oil price reporting agency Platts has said that a single standard for very low sulfur fuel oil (VLSFO) probably not be ready in time for the 0.5% global sulfur cap on bunker fuel which comes into force at the the start of 2020.

"It is probable there will not be one standard very low sulfur fuel oil with a 0.5% sulfur content available in the market when the International Maritime Organization's global sulfur cap comes into force," Platts said in an article posted on its website.

Fuel compatibility and stability issues where fuel grades brought together might separate are seen as a concern.

"The wide variety of fuels being produced will make it difficult to avoid engine problems, especially for owners operating on a spot basis."

VLSFO fuels will fall into two groups, paraffinic and aromatic

The formation of sludge at the bottom of a bunker tank after a fuel separates can block a vessel's filters and lead to engine failure.

Another possibility is that "VLSFO fuels will fall into two groups, paraffinic and aromatic, with a different set of specifications for each of the two types".

An International Standards Organisation specification would be unlikely to appear until the back of end of next year, the agency noted.

The firm consumed 2.65 million mt of bunker fuel in the second quarter, up from 2.73 million mt a year earlier.