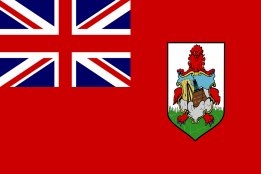 The petition was filed in Bermuda. File Image / Pixabay

Global lender HSBC has applied for a winding-up order against NewOcean Energy Holdings in Bermuda over alleged unpaid debts.

The bank filed the winding-up petition against NewOcean on October 22, and the case is listed for hearing on November 19, NewOcean said in an exchange filing on Monday.

The petition alleges that NewOcean owes HSBC a total of about $71.5 million.

"The company has been taking advice from counsel and separate legal teams and consider that it has legitimate grounds to oppose the winding-up petition," NewOcean said in the filing.

"The company and all its staff are totally committed to maintaining the present business of the company, to fully fulfil its obligations as a large scale petrol chemical corporation, and on a fair and equitable basis to repay all its creditors in full.

"Therefore, the company will vigorously oppose the winding up petition and take all other actions as deemed necessary to protect the company's interest and the interest of its shareholders as a whole and that of its creditors as a whole."

The report takes a Suezmax tanker as a case study to assess the technology.

SEKAVIN Director Sifis Vardinoyannis explains the thinking behind the firm's expansion into bunker trading this year.

The firm is set to sell almost 3 million mt of bunker fuel in the city-state's waters in total this year.