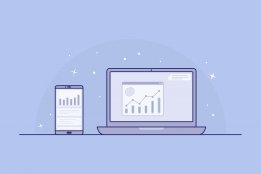 Industry body the Methanol Institute has called for policymakers to consider GHG emissions on a well-to-wake basis when weighing the advantages and disadvantages of the range of alternative bunker fuels being proposed as the shipping industry seeks to eliminate its carbon footprint.

The organisation has published a report setting out its policy position ahead of the next MEPC meeting at the IMO and COP 26, it said in an emailed statement on Monday.

The publication of the report highlights the need to take a wide focus when considering the benefits of alternative fuels, bringing in as many potential externalities as possible. A narrow analysis only looking at the emissions coming directly out of a ship's funnel may well miss emissions being released elsewhere during the fuel's production, transportation and storage, as well as the potential for missed opportunities to use the fuels more productively in other industries.

"The tank-to-wake approach currently used by IMO undisputedly places the burden of GHG emissions solely on ship owners and it implies that to achieve decarbonization, they are held wholly responsible for ensuring decarbonization of the sector," Gregory Dolan, CEO of the Methanol Institute, said in the statement.

"A well-to-wake approach would share the burden with fuel suppliers, power generators, port authorities and national governments - we can't just look at what happens in the engine room and ignore how the fuel got into the ship's bunkers in the first place."

The statement draws particular attention to ammonia and hydrogen produced using natural gas, saying a well-to-wake analysis would show that these options produce more GHG emissions than other fuels. The same argument could apply to methanol produced using hydrogen reformed from fossil fuels.

The two companies have developed a solution to the problem of open-loop scrubbers' discharge pipes being corroded by the acidic washwater from the emissions-cleaning systems.