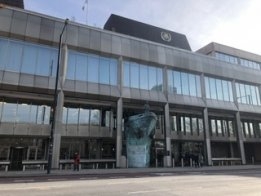 A new regulation introduced on January 1, 2020, by the International Maritime Organization (IMO) that limits sulphur in fuel oil used on board ships could significantly increase harmful black carbon (BC) emissions if blended fuels are used, according to a study and new position paper.

BC is the second largest driver of global warming and is especially harmful to human health, aggravating the respiratory system and contributing to heart and lung disease and even birth defects.

Under the new global limit, which amends MARPOL Annex VI, as of January 1 this year commercial ships must use fuel oil on board with a sulphur content of no more than 0.50%. That compares with the previous limit of 3.50%. According to the IMO, the regulation is expected to cut sulphur oxide emissions from ships by 77 percent.

A collection of studies and academic literature reviews, some commissioned by the IMO, have suggested that the 2020 fuel sulphur rule would not only drop sulphur dioxide emissions dramatically, but BC emissions as well

A collection of studies and academic literature reviews, some commissioned by the IMO, have suggested that the 2020 fuel sulphur rule would not only drop sulphur dioxide emissions dramatically, but BC emissions as well, however only if the residual fuels are switched for distillates.

A recent study submitted by Germany and Finland to the IMO (PPR7/8) has shown that using residual fuel blends to achieve the sulphur cap instead of distillates, while more cost-effective for owners, will dramatically increase BC emissions.

A position paper submitted by the CSC, FOEI, WWF, and Pacific Environment to the IMO on December 27, 2019, called for urgent action to be taken to stop the use of blended low sulphur residual fuels, which lead to increases in ship-source BC globally.

The paper suggests that, "In an attempt to reduce the cost of creating IMO 2020 compliant fuels and maintain a semblance of business as usual, the refining industry has created a range of new blended fuels that could overnight send ship-source black carbon emissions soaring. Such an outcome would undermine IMO's attempt at tackling shipping's contribution to the climate crisis, and would seriously aggravate global efforts to combat climate change in general and warming in the Arctic in particular."

The paper goes on to note that, "It is extremely difficult to believe that oil refiners and the oil industry in general were not aware of the potential impact of aromatic compounds on black carbon emissions when developing new low sulphur marine fuel blends."

It is hoped that urgent action will be taken to address this at the forthcoming Marine Environment Protection Committee meeting (MEPC 75), which will take place in March, 2020.

Dr Lack concludes that, "nearly a decade of rigorous scientific study and review shows the significant health and environmental benefits of ships switching from residual to distillate fuels. The IMO should be commended for regulations that will drive down SO2 emissions. However they are at a crossroads where they have the simultaneous opportunity to drive down BC emissions as well, if the right fuels are regulated."

For more information or an interview with Dr Lack, please contact Natalie: natalie@gomediapr.ca

Go Media Consultants is a business communications and content creation business based in North America. The Go Media team features seasoned maritime, oil and gas writers as well as experts in CSR and sustainability reporting. Go Media has partners in the U.K and Europe.

Germany's DekaBank is the latest firm to sign up to the framework.