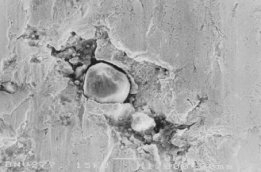 One of the most important, yet undervalued, benefits of fuel quality testing is turnaround time. Because the sooner a potential risk is highlighted, the quicker you can take the necessary corrective action to mitigate it.

And that swift proactivity can result in savings for the operator that can run into hundreds of thousands of dollars. In fact, an independent seven-year study by the Swedish Club discovered that the average cost of main engine damage caused by poor fuel management is USD 342,000 per incident.

Yet such damage can be avoided through proactive fuel management, utilizing ISO8217 [and additional bespoke tests] to forewarn of any potential risks.

On 15th January 2021, a 1,700 TEU containership bunkered 175 MT of Very Low Sulphur Fuel Oil in Rotterdam, ordered by the charterer of the vessel. The vessel manager was a supporter of the value of fuel quality testing to protect their assets and was contracted to the VPS Fuel Quality Testing Program. As such, the vessel's chief engineer took a continuous drip sample at the ship's manifold [during bunkering] for VPS to test.

This sample arrived in the VPS laboratory in Rotterdam for ISO8217 testing on 16th January 2021. The fuel analysis report was issued to the vessel managers on 17th January 2021 with an immediate follow-up telephone call, as the test results were generated outside office hours.

The maximum allowed value as per marine fuel standard ISO 8217:2010 is 60 mg/kg and engine manufacturers specify a maximum limit of 10-15 mg/kg of Aluminium-Silicon at engine inlet.

In view of the extremely high catalytic-fines level, VPS advised that this fuel should not be used.

The VPS client subsequently placed the charterers on notice, highlighting the fuel was unfit-for-purpose with a high potential risk of engine damage should the fuel be used.

This VPS client subsequently agreed with the charterer to perform a joint analysis at a third laboratory to further determine the concentration of elements within the sample from the bunker tanker.

VPS was present during the seal-breaking of the sample, acting for and on behalf of the vessel managers.

Then the VPS test results for Aluminium-Silicon were confirmed. Therefore, both parties agreed to de-bunker this fuel and supply fresh bunkers on the charterer's account.

VPS also recommended that the vessel's tanks containing this fuel should be cleaned to eliminate any abrasive material that may have settled out from the fuel.

The parties followed these recommendations and tanks were cleaned, again on the charterer's account.

The speed with which VPS performed expert analysis and reporting within 48 hours of the bunker sample being taken at the vessel – combined with our attentive customer service and technical advice – proactively prevented any damage occurring.

Looking at this another way, if the vessel had used this particular off-specification fuel, it could have suffered severe engine damage. This would have resulted in costly repairs, replacement of fuel system and engine components, delays, loss of goodwill between owner and charterer and safety at sea would have been compromised.

Proving again the importance of only working with the world-leaders in this industry – VPS.

ScottishPower has drawn up plans to build a 100 MW plant at the port.

The case was due to be heard on Thursday, but has now been adjourned to September 7.

IBIA Chairman: 'What We See is a Market That is in Flux'

"At IBIA, the overarching goals for the next 12 months mostly revolve around increased focus on ethics and transparency," chairman Tim Cosulich tells Ship & Bunker.