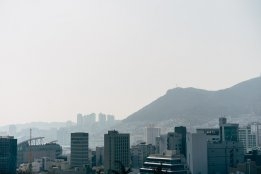 Kogas' plans have 1.36 million metric tonnes (mt) of gas bunkers sold to ships by 2030 in an effort to reduce harmful emissions from ships.

LNG is seen by many as a viable substitute marine fuel to oil-derived bunkers.

The two main constraints on its development are lack of refuelling infrastructure and the energy form's own carbon footprint through 'methane slip'.

The company has completed its feasibility study of the technology's prospects in the shipping industry with Austria's AVL.