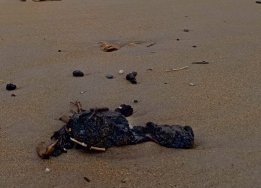 Israel's government has reported what it suspects to be an oil spill after tar started washing up on its beaches.

More than 170 km of coastline has now been affected, media company Haaretz reported on Friday.

The country's Ministry of Environmental Protection has now closed all of its Mediterranean beaches to the public.

UK newspaper The Guardian reported the spill may have happened on February 11. The newspaper said the Israeli government is looking at nine ships that were in the area at the time as potential sources.

"There is a more than reasonable chance that we will be able to locate the specific ship," the Guardian cited environmental protection minister Gila Gamliel as saying.

GCMS is an advanced and more expensive testing technique that has been used more widely in the bunker industry since the global contamination problems of 2018.

The systems have shown consistent bunker savings of around 5%.