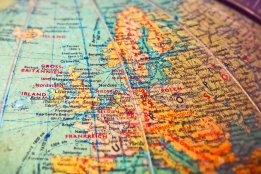 The European Commission is considering a new initiative to regulate the carbon intensity of fuel being used by ships calling at European Economic Area ports.

Under the proposal called FuelEU Maritime, ships will need to show that their bunker fuel is of a certain percentage below a carbon baseline yet to be decided, according to a report by martime news provider Lloyd's List:

"If [the implementation of the standard is] successful, it would lead to the first standard on the carbon intensity of a fuel in shipping and would put the responsibility on shipowners and operators to ensure they have the lower carbon fuels to meet the criteria," the report said.

The proposal includes zero emissions at berth for some ship types and an efficiency credits trading system.

It could come in to force in 2030 or earlier with a gradual strengthening of the requirements, according to the report.

New service guarantees the quality of the fuel before it enters the vessel's storage tanks.

"We have earlier communicated that even when reopened, the blockage of the Suez Canal would have ripple effects on global supply chains for weeks to come."