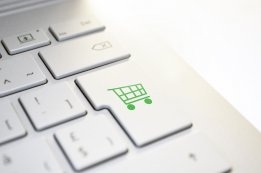 The firm has bought a 6% stake in the portfolio for $7.2 million this month. File Image / Pixabay

Shipping company Scorpio Tankers has taken a minority stake in a portfolio of ships designed to both carry methanol as cargo and use it as bunker fuel.

The firm has bought a 6% stake in the portfolio for $7.2 million this month, it said in a statement on its website this week. The portfolio consists of five refined product and methanol tankers designed to run on methanol and four ice-class LR1 product tankers.

Interest is growing in methanol as a marine fuel as the shipping industry considers its alternative bunker options as it seeks to eliminate its carbon emissions. The few ships running on methanol today are using a form of the chemical produced using fossil natural gas -- with no reduction in emissions compared to conventional bunkers -- but green methanol that produces no GHG emissions on a net basis should soon start to become available.

Maersk plans to take delivery of its first zero-carbon vessel, a 2,100 TEU feeder vessel running on green methanol, in mid-2023.

The company is celebrating 50 years since its first deal of fuel oil to a customer in Trinidad.