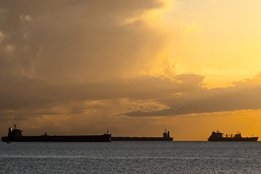 INTERTANKO says it has received a great number of complaints. File Image / Pixabay

INTERTANKO has dismissed any suggestion that the Shipping industry is using the recent spate of "bad bunker" problems as an attempt to delay the enforcement of the upcoming IMO 2020 sulfur regulations.

"INTERTANKO believes that this may well be a deliberate diversion to keep any guilty party out of the spotlight," the association said.

"It is not the deadline of January 2020 which is the issue but the lack of interest and action by relevant authorities to stop contaminated fuels being sold and exported from ports under their jurisdiction. What is required is firm and quick action, not a discussion of important but unrelated subjects."

The comments came alongside the release of its latest Critical Review, in which it called for the relevant authorities to investigate the matter and take appropriate action.

While some 100 vessels are understood to have been affected by fuel quality problems in recent months, with the most common complaints being sticking of fuel plungers, blocked fuel filters, and/or fuel-pump seizures and failures, INTERTANKO says it has "received a great number of complaints but very few actual reports and facts."

The UN body's Sub-Committee on Carriage of Cargoes and Containers drafted the rules at its meeting last week.