Latest US Navy Biofuel Bunkers Are Bad For the Environment, Expensive, Barely Biofuel At All, Says Critic

The Great Green Fleet - Image Released by the US Navy

The latest biofuel bunkers being used by the U.S. Navy's "Great Green Fleet" are not only worse than ever for the environment, their true cost is much greater than initial numbers suggest, T. A. Kiefer, retired U.S. Navy Captain and energy consultant, has told Ship & Bunker.

Also telling is that the most recent biofuel blending ratio has retreated, suggesting economic deployment of the alternative bunkers is actually going backwards, he added.

the U.S. Navy has sought to develop and use drop-in biofuels as part of its energy security goals

As Ship & Bunker has previously reported, the U.S. Navy has sought to develop and use drop-in biofuels as part of its energy security goals, having previously set a target of getting half its energy from non-petroleum sources by 2020.

Last month it took its first delivery of a new Italian-made biofuel, saying at the time its $2.26 per gallon cost - about $675 per metric tonne (pmt) - was "a competitive price."

While this represents a premium of about 35 percent over conventional fuel, based on Ship & Bunker data that indicates MGO is currently around $500 pmt in the primary ports, the $2.26 per gallon cost would nevertheless appear to be a significant improvement on the $15 per gallon that Deputy Assistant Secretary of the Navy Tom Hicks reported paying for the Great Green Strike Group back in 2012.

However, Kiefer points out that it is the cost of the neat fraction of biofuel, not the diluted price of the blend that is relevant.

Kiefer says this regressed to a 10 percent biofuel blend earlier this year, and now to a 5.5 percent blend from Eni in Italy.

The Navy has also regressed in its chosen feedstock, from advanced algae in 2012, to beef fat earlier this year, now to palm oil, a first-generation biofuel

"A 5 percent blend should not even be called biofuel; it is petroleum fuel with an expensive additive," he said.

"The failure of the biofuel price to become competitive even after more than a decade of mandates and subsidies is why the blending fractions are falling instead of rising. This is an inescapable consequence of the low EROI [energy return on investment] of biofuel and its critical dependence upon fossil fuels," said Kiefer.

Perhaps of even greater concern is that Kiefer says the so-called Green Fleet's bunkers are also getting less green.

"The Navy has also regressed in its chosen feedstock, from advanced algae in 2012, to beef fat earlier this year, now to palm oil, a first-generation biofuel. Palm oil biodiesel is recognized by the bulk of Europe and by informed environmentalists everywhere as the absolute worst biofuel, as it triples GHG emissions over fossil fuels," said Kiefer, pointing to an April 2016 biodiesel impact study on the matter by Transport & Environment.

"This is because of massive land use change impacts and environmental damage including peat land draining and deforestation and destruction of natural biomes and displacement of food crops."

And because the fuel needs to be compatible with U.S. Navy engines, Kiefer says the Italian blendstock is actually even more polluting and costly than regular palm oil derived biodiesel.

"The fatty acids and methylated esters present in biodiesel must be upgraded to 'drop-in' quality pure hydrocarbons via a complex and expensive and dirty hydrotreatment process that consumes massive amounts of natural gas and emits even greater amounts of CO2," he explained.

"The U.S. Navy is hurting the climate, and food security, and biodiversity, and international stability by ignoring the proven damaging consequences of biofuels and pretending, against all evidence, that they are clean and green and renewable."

Kiefer is certainly not alone is his negative outlook for the biofuel bunkers.

John Miller, writing for The Energy Collective last week, notes that the original algae-based biofuels had hugely negative net energy values (NEV); that is, taking into account the complete production-thru-consumption lifecycle, overall carbon emissions were far greater than the fossil fuels they replaced.

And while noting that the cost of the latest biofuels has come down, "unfortunately, no credible analyses of the actual full-lifecycle NEV's or carbon emissions appear to have been completed to verify if these latest and much cheaper [Great Green Fleet] advanced biofuels actually benefit the environment or future global warming," he said.

Miller also questions the stated motive of improving energy security, or as Navy Secretary Ray Mabus put it last month, "It keeps ... fuel from being used as a weapon against us."

Rather, Miller points to what he sees as more pressing security matters including terrorist attacks, Russia's Crimea invasion, as well as "Iran's likely growing support of terrorists and questionable UN nuclear agreement compliance."

"These recent developments appear to be much greater and immediate security threats than developing climate changes," he said.

Another critic of the stated security motive is Mark Cancian, an analyst at the Center for Strategic and International Studies and former White House budget official, who believes the Green Fleet is as much about "environmental symbolism" as it is about tactics.

Not helping the case for energy security is the fact that oil prices are now significantly lower than they were when the project started, and the U.S. has ramped up enormously its ability for domestic oil production, factors that have not escaped the congressional Republicans who have objected to the biofuel project form the outset.

"They have not changed their position, which is that these are too expensive and not needed," said Cancian.

Still, others remain convinced that biofuel bunkers have a future.

"There is a huge market opportunity here if we can get the technology right," US Agriculture Secretary Tom Vilsack insists. 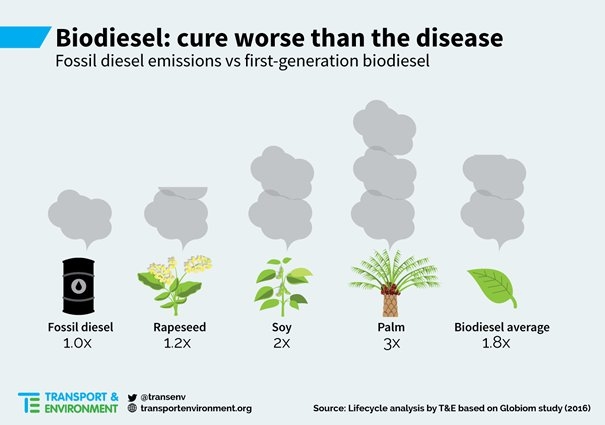 The conference -- focusing on Fujairah and the Middle East market in particular -- is being held online on 23-24 March, with 45 international speakers making presentations.