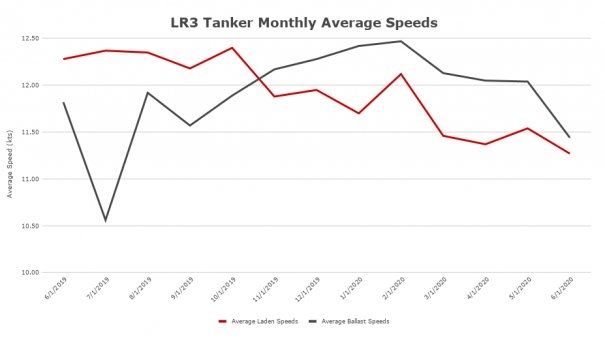 LR3 tanker speeds have declined significantly over the past month as demand for clean tankers started to return to normal, according to shipping intelligence service VesselsValue.

Ship operators changing speeds according to strength or weakness in freight markets and bunker prices can have a significant impact on bunker demand.

The slowing of LR3s "correlates with clean tanker rates steeply declining at the start of May this year, moving into June," VesselsValue's analysts told Ship & Bunker by email last week.

"This comes after rates skyrocketed in March due to hundreds of clean tankers loading low-cost refined products and being used for floating storage." 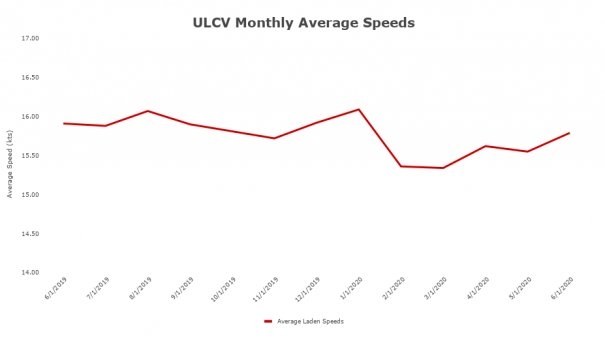 Meanwhile, in the container segment, the largest ULCV ships have sped up slightly over the month.

"This recent uptick is a very positive sign for the sector that has recently been rattled by port delays and record numbers of idle vessels due to COVID-19," VesselsValue said.

"The sector looks to be steadily recovering as June's average speed edges closer to January's figure, which at 16 knots was the highest seen in the past 12 months." 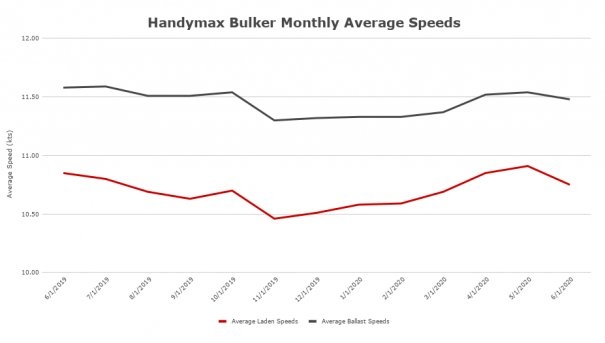 Handymax bulkers slowed down over the month. Image Credit: VesselsValue

In dry bulk the biggest change in speed reported over the month was for handymaxes.

"Since then, Handymax speeds increased very steadily, suggesting this sector was not directly disrupted by the impacts of COVID-19.

"As countries begin to ease lockdowns, the demand for dry materials will rise, especially in the east where many of these vessels head for premium rates."