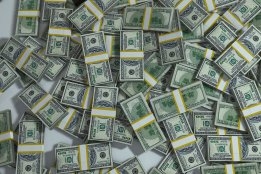 At least $1.5 billion is riding on top shipping firms' ability to stick to ambitious emissions reduction targets in the coming years.

Five shipping companies have raised that amount in sustainability-linked bonds and loans this year with explicit commitments to emissions reduction targets.

"The shipping industry plays a vital role in the green transition," representatives of lenders DNB, Nordea and SEB said of Odfjell's deal as it was announced.

"By linking their CO2 emission reduction target with their bond financing terms, they further bolster their commitments and inspire other peers to follow."

Taken together, the sum raised in sustainability-linked credit for the shipping industry so far amounts to a considerable bet on the industry's ability to decarbonise. Any slippage from the targets set by the firms would result in harsher repayment terms for the shipping companies.

The shipping industry as a whole, under the auspices of the IMO, is aiming for a 40% reduction in its carbon intensity from 2008's levels by 2030, and a 50% cut in total GHG emissions by 2050. The former target looks easily achievable -- perhaps having been designed to be so -- but the latter will be a much larger hurdle, and firm commitments made to the shipping industry's bankers may be a useful way of holding it to its targets.

The ability of these firms to bring in credit linked to their emissions performance may also bring into question the need for shipping industry group's plan to raise $5 billion for alternative fuels research and development through a small levy on bunker fuel purchases. If companies can already raise ten-figure sums at advantageous interest rates for sustainability-linked projects, there may be less need for a compulsory global levy to fund a kick-start for the industry's decarbonisation efforts.

Bar a few weeks either side of the January 1, 2020 introduction of IMO 2020, in real terms bunker prices today are at their highest since July 2014.

The stem comprised a blend of regular and renewable natural gas.

The company is looking for candidates with at least five years of experience in the bunker industry and a solid network of contacts.