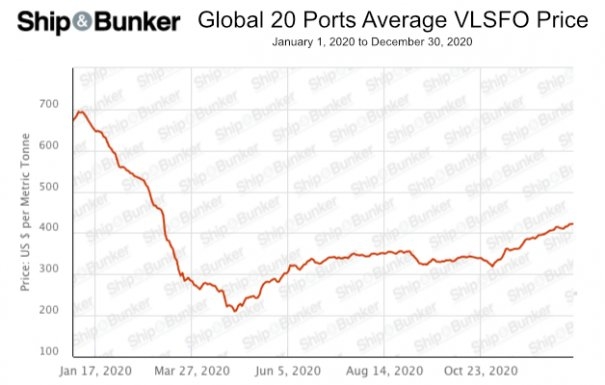 The cost of bunkers at major ports has doubled over the last nine months, according to Ship & Bunker data.

While the current cost is still much lower than the $700/mt+ it was at the start of the year, it nevertheless represents a sharp rise in fuel costs for owners and operators.

Overall this year, bunker costs have been lower in 2020 than they were in 2019 - a dynamic that was certainly not expected prior to the impact of the COVID pandemic.

With respected analysts including Goldman now predicting Brent will average $65/bbl next year, it suggests 2021 could well see bunker costs jump even higher next year and mark the return of $600/mt+ bunkers.

The authorities allege the ship continued after a collision.