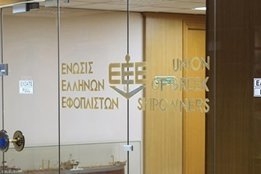 The Union of the Greek Shipowners (UGS) has levelled new criticism at the IMO, bunker suppliers, and other industry stakeholders for what it says is a failure to ensure safe, compliant IMO2020 grade marine fuels will be available when the new global 0.50% sulfur cap comes into force from January 1, 2020.

"This predicament, whereby the UN IMO has introduced a global regulation that the international fleet is obliged tο comply with but cannot do so properly and safely because other stakeholders (oil companies, refineries, bunker suppliers), which the UN IMO does not regulate, have not lived up to their contingent responsibilities, is untenable and has created a serious anomaly and precedent which must be urgently addressed at the highest political level", UGS President Theodore Veniamis wrote in a statement released Tuesday.

Fuel safety has been particularly high on UGS' agenda in recent months, and after last year stressing the importance of bunker suppliers' responsibility in delivering safe fuels, last month said shipowners and operators are still carrying an unfair share of the IMO2020 burden.

Still, the harsh criticism came packaged in an otherwise congratulatory note that also praised IMO for decisions taken last week as part of its MSC 101 meeting.

Gaining particular praise was IMOs move to recommend action be taken against suppliers in confirmed cases where the bunkers do not comply with the minimum flashpoint as required by the SOLAS Convention.

"We are especially pleased that the pressing and genuine concerns about the safety and liability issues of the 0.5% Sulphur marine fuels, first voiced and in strong terms by the UGS, were not overridden by commercial interests", Veniamis stated.

"We are equally pleased that the UN IMO fully recognized that the responsibility and liability for the provision of safe compliant fuels lie with the bunker fuel supply chain."

The first bunkering will be a trial operation, expected to be scheduled sometime in 2024, Cees Boon of the Port of Rotterdam tells Ship & Bunker.

The firm partnered with certification organisation Control Union and France's IDS Group to test the technology.

The firm is looking for candidates with a relevant education in finance, mathematics or economics and an interest in trading and portfolio management.