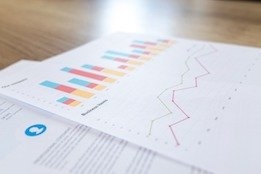 Analysts are lifting their projections for future HSFO demand after shipowners' have shown growing interest in using scrubber technology as a compliance route for IMO 2020.

Consultancy FGE now believes more than 2,100 vessels will feature the technology by 2020, up from its previous estimate of 1,500.

As Ship & Bunker previously reported, the Exhaust Gas Cleaning Systems Association (EGCSA) says as at May 31, 2018 there were 983 vessels with scrubber systems installed or on order, and EGCSA director Donald Gregory believes 10,000 ships could have scrubber technology installed by 2025.

The global fleet comprises around 50,000 vessels.

With the raft of earnings calls in recent weeks there has also seen a procession of companies revealing they have invested in the technology, with even hardened scrubber sceptics A.P. Moller – Maersk saying it may invest in a few scrubbers "simply to understand the technology."

But predicting the number of vessels fitted with scrubbers is only part of the demand story, with per-vessel bunker demand varying considerably.

While EGCSA confirmed to Ship & Bunker it did not track the engine size of the 983 vessels featured in its recent survey, FGE's Thomas Olney told Reuters that there had been "a much greater skew toward installing scrubbers on larger vessels that burn higher quantities of fuel."

"The uptick in scrubber interest and hence HSFO appears to have been noticed in the HSFO forward markets with the backwardated spread between the August 2018 contract month and January 2020 having narrowed by $4 per barrel since the start of July," Reuters quoted JBC as saying.

Despite the significant upward revisions, the number of ships set to feature scrubbers in 2020 will still be some way short of the 3,800 predicted in initial official estimates by IMO's fuel availability study.

The vast majority of the global fleet are still expected to comply with the new rules by burning inherently complaint fuel once the global 0.50% sulfur cap on marine fuel comes into force from January 1, 2020.

The family may be allowed to retain 5% of their assets, estimated at up to $1.5 billion.

Throughput climbed to 401,000 TEU in the first half of the year.