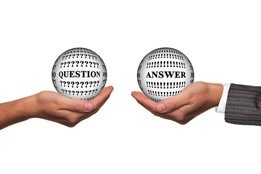 Around 10,000 ships could have scrubber technology installed within seven years.

The technology, whose less colloquial name is Exhaust Gas Cleaning Systems, is one option facing shipowners mulling the coming 0.5% sulfur cap on bunker fuel. Shipowners have been reticent to take the plunge preferring a wait-and-see approach.

But Donald Gregory, director at the Exhaust Gas Cleaning Systems Association (EGCSA) has told price-reporting agency Platts that the 10,000 figure by 2025 is an industry expectation and as such represents another spike in the technology's adoption.

10,000 ships incorporating the technology would represent around a fifth of the global fleet by number of vessels

Wartsila has noted an increase in ordering for scrubbers.

According to Gregory, there are around 20 companies with the appropriate experience to take and execute orders.

"I have heard that EGCSA members are finding that the scale of the enquiries is more than the number of staff they have to deal with them.

"So growing human resource quickly enough is possibly proving a challenge," the executive was quoted as saying.

10,000 ships incorporating the technology would represent around a fifth of the global fleet by number of vessels and, given that scrubbers are not appropriate for all ships, the number is significant.

Certainly, the adoption of scrubbers is gaining momentum. Exactly how far that momentum will take the market remains to be seen.