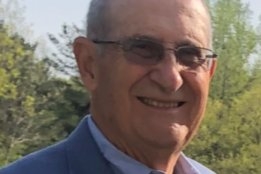 As a means of reducing the carbon dioxide emissions some ship owners have ordered new tonnage to operate on liquefied natural gas, LNG (mainly methane), or methanol.  Note both fuels are hydrocarbon fuels.

A combustible inorganic compound that until recently has been overlooked as a ship fuel is ammonia, the world's second most produced chemical after sulfuric acid.  About 200 million metric tons of ammonia are produced worldwide annually, used mainly for fertilizers, munitions, and household products.  Due to its extensive use, many ports have the infrastructure and technical ability to handle ammonia.  Since ammonia is a discrete chemical compound, comingling of ammonia from different sources should not be a problem.

Combusting ammonia, NH3, does not produce any carbon dioxide and produces 8,120 Btu/lb.  The fact that ammonia does not produce any carbon dioxide has been recognized by both engine manufactures and environmentally conscious ship owners.  Recently some engine manufacturers have announced they will have ammonia fuel engines developed by 2024 and available for ships by 2025.  The Italian shipowner, the Grimaldi Group, recently signed an order for the construction of up to ten ammonia ready pure car and truck carriers.

Shipowners starting to commit to building ammonia ready ships is a good sign, however, with new construction accounting for only two percent of the world's fleet replacement per year it will take decades for the marine industry to wean away from hydrocarbon fuels.

The use of emulsions for operating compression ignition engines, mainly using oil-water emulsions has been investigated for decades and shown to have some beneficial effects

The use of emulsions for operating compression ignition engines, mainly using oil-water emulsions has been investigated for decades and shown to have some beneficial effects.  Oil-ammonia emulsions have also been investigated and shown to have positive effects with the added effect of  being a hydrocarbon fuel energy replacement.  Research has shown that oil derived energy replacement of over 90% can be achieved using oil-ammonia emulsions depending on engine load conditions.  It was also shown that carbon dioxide emissions were reduced monotonically for the same engine torque output as the amount of the ammonia in the fuel mixture increased.  Additionally, burning ammonia in engines does not necessarily increase NOx emissions despite the fuel-bound nitrogen. Lower levels of NOx emissions were observed if energy substitution by ammonia did not exceed 60%. This is thought to occur because of the lower combustion temperature of ammonia.

Over the years attempts have been made to emulsify liquid ammonia with very limited success due to the ammonia vaporizing prior to the emulsion reaching the high pressure fuel pumps.  Two of my colleagues, Jim Harbach and Vito Agosta experimented with low temperature diesel oil-ammonia emulsion on a small industrial size four-stroke compression ignition engine but were unsuccessful in achieving stable operation due to the ammonia volatility.

Appreciating the importance of reducing the marine industry's use of carbon dioxide producing alternative fuels has continued to be goal of myself, Jim Harbach and Dennis Brennan and we believe it can be achieved for existing commercial vessels in addition to new construction.

Since most commercial vessels are not limed by auxiliary machinery space and weight, we are proposing a fuel oil-ammonia system designed to pressurize the fuel oil and liquid ammonia to pressures above the ammonia critical pressure 113.57 Bar  (132.41 oC) prior to emulsifying the two liquids thus allowing the fuel oil part of the emulsion to be heated to the temperature necessary to achieve the proper injection viscosity.

It should be noted that oil and ammonia emulsification element of the system must ensure the uniform dispersion of the ammonia within the oil, especially if the two liquids are immiscible.

The following table illustrates the carbon dioxide reduction that can be achieved by replacing part of the fuel oil combustion heat by combustion heat from ammonia for a 25,000 BHP compression ignition prime mover operating 300 days per year.

Whereas the above has focused on motor vessels, there is no reason why the concept can not be applied to steam vessels.

From my perspective, oil is too valuable to burn for ship propulsion

A logical question is "how do we store the ammonia on an existing vessel?"  My response is, utilize appropriately sized medium pressure ammonia tanks similar to the U.S. Department of Transportation approved 34,400 gallon ammonia railroad tanks.  The tanks can be located on deck if no other suitable space is available.  A 25,000 BHP engine operating with 10% ammonia fuel replacement would consume under seven tanks of ammonia every 30 days.

If one 25,000 HP ship substituting only 10 percent of its main engine heat input with green ammonia and operating 300 days at sea can reduce the global carbon dioxide emissions by nearly 7,000 metric tons per year,  think how much the marine industry's carbon dioxide emissions can be reduced if the practice becomes common place.  If 300 similar vessels using ammonia for 10% energy substitution were operated 300 days per year at sea, the marine industry's carbon dioxide reduction would be over 200,000 metric tons per year!  Furthermore, think of the oil that would be saved.

From my perspective, oil is too valuable to burn for ship propulsion.  It is the feedstock for gasoline, light distillates, plastics, and synthetics and should be conserved to be used as feed stock.  By minimizing the consumption of hydrocarbons used to power ships, the marine industry can help reduce worldwide carbon dioxide emissions and conserve the feedstock necessary to sustain modern civilization.

In my opinion, the industry needs to get off top dead center and take strong but reasonable measures to help reduce the earth's carbon dioxide emissions such as by shifting to green nonhydrocarbon fuels such as ammonia. Shipowners, engine manufactures, classification societies, governments and fuel suppliers should all work together to make the decarbonization of the marine industry a reality.