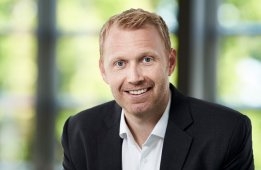 Former CEO Christoffer Berg Lassen left the company in March 2018 to join Bunker Holding, just under a year after taking on the role.

"We currently are not looking for a new CEO [for Dan-Bunkering]," a spokesman for Bunker Holding told Ship & Bunker Wednesday.

"Since 2018 we have had a set-up where a leadership team within Dan-Bunkering handles the daily business in close cooperation with Bunker Holding's commercial management, and that set-up has proven to be very effective.

"That doesn't mean that we are ruling out finding a CEO sometime in the future, but for now this model works for us."

IBIA's Bunkering & Shipping in Transition Conference will be held online from 12-13 April, with tickets costing £50 for IBIA members and £99 for non-members.

The Ever Given has been arrested following a successful court application by the authority on Tuesday.

The company has been testing the system on its chemical and oil products tanker the Endelo Swan after its installation in June of last year.