Everyone is Now Qualified to Embrace Digital Bunkering: Vortex 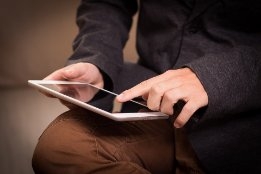 Resistance to digitalization in the bunker industry is weakening, according to marine fuels software developer Vortex Development Group (Vortex).

"Everyone is qualified to use an App to make a fuel or lubricant delivery," Vortex argues in its recently released Op-Ed, 'Digitalization and the E-BDN'.

"Typical responses for not instituting a digital roadmap include: 'It's too complex,' 'We've always done it this way,' 'We'll do it ourselves,' or a personal favorite, 'It's too expensive.' It's even more expensive not to use a precision system.

"Those sentiments would all be accurate ten years ago, but today there isn't a person in the industry from a mariner on his first assignment to a CEO, that doesn't own a cell phone, has searched the internet, or answered a text or email."

For fuel suppliers, the time is now to bring delivery operations out of the pen and paper paradigm and onto a cell phone or tablet

Various efforts to digitize the bunker industry at large have been made over the last two decades, but with perhaps with the exception of distributing bunker price reports by fax, the development and adoption rates of such technology have been notoriously low.

Maritime and Port Authority of Singapore (MPA), for example, has been talking about developing electronic bunker delivery notes since 2014.

But in an evolving world where efficiency, compliance, and accountability are becoming increasingly important, interest in the digital bunkering space is seeing somewhat of a renaissance.

Shipping optimization platform ZeroNorth is a case in point. After acquiring procurement platform ClearLynx earlier this year the company recently announced it has raised more than $50 million it its latest investment round and plans to pursue further mergers and acquisitions.

Elsewhere, Minerva's digital bunker delivery platform, ADP, has now been in use for over a year.

As the list of documentation requirements within the maritime space grows, and with it the cost of compliance rises, digitizing these processes is an attractive way for everyone connected to the marine fuel chain to reduce their operating and compliance costs.

"For fuel suppliers, the time is now to bring delivery operations out of the pen and paper paradigm and onto a cell phone or tablet," Vortex says.

"From a fuel delivery perspective, the traditional handwriting of Ship Safety declarations, sample bottle labels, the Bunker Delivery Note (BDN) and the required scanning / emailing of completed paperwork back to the office is the norm for maritime fuel transactions.

"A Digital Bunker transaction is instantaneous, much more secure, precise, and beneficial to all stakeholders."

To read the full Op-Ed by Vortex, click here: https://shipandbunker.com/download/Digitalization_and_the_E-BDN.pdf