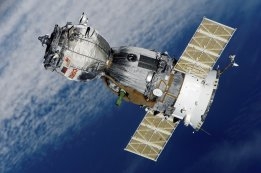 Industry group BIMCO is seeking to take on the problem of ships tampering with satellite tracking to avoid being spotted breaking sanctions.

The organisation is developing a charter party clause governing the proper use of the Automatic Identification System (AIS) used to broadcast the location of ships, it said in a statement on its website on Tuesday.

Ships are already required to carry an AIS transponder under the International Maritime Organization's SOLAS Convention, but the systems are frequently turned off. Sometimes the transponders are disabled by ships passing through areas with pirates and other security risks, but the systems also appear to be abused on a regular basis by companies shipping crude out of countries with sanctions against them meant to prevent such trades.

Last year the US Office of Foreign Assets Control recommended that the shipping industry develop contractual facilities governing the use of AIS.

"BIMCO's concern is that some charterers may, in their haste to be sanctions compliant, develop their own AIS 'switch off' clauses that might expose owners to the risk of being terminated even when the AIS has been switched off for legitimate reasons, or the signal has failed to transmit or be received for reasons outside the owners' control," the organisation said.

"The new BIMCO clause will address not only the use of the AIS during the charter party but also prior to the contract.

"This is important because the OFAC guidelines are focused on identifying patterns in AIS manipulation by ships rather than isolated 'one-off' incidents.

"The clause recognises that there may be legitimate reasons why the ship's AIS signal has been interrupted."

BIMCO will seek to publish its new clause in May.

The companies tested a 30% FAME blend with the remainder VLSFO.