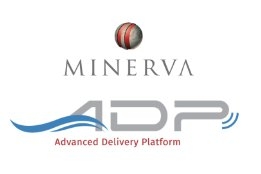 The stem took place in Singapore, and Minerva says it now intends to launch commercial service of the system in ARA, Fujairah, and Singapore in early 2021.

ADP is described as an integrated hardware and software solution designed and developed by Minerva and its technology partner Curl Tech.

The system promises real-time visibility into all details of a bunkering operations, including bunker quality and quantity received as per mass flow meter profiles.

A supplier has stepped up to the task, and we are here to support it as promised

ADP also moves the traditional paper-based transactional documentation into an entirely digital format on both supplying and receiving vessels.

Hafnia, who also collaborated with Minerva on certain design elements of the ADP, has now entered into a supply agreement with Minerva in the systems intended ports of service.

"We have been vocal about wanting to see this sort of technology and process applied to other major ports in addition to Singapore. A supplier has stepped up to the task, and we are here to support it as promised," stated Peter Grünwaldt, Hafnia's Vice President of Bunker Procurement.

"It is a big step towards more efficient operations for the industry-at-large, and will certainly be positive for vessel operations in these ports."

The new hire will be responsible for finding more shipping companies to start using biofuels.