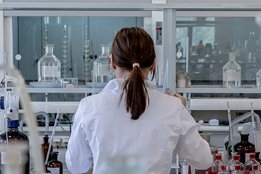 Canada's Genoil says it has enlisted the help of Lloyd's Register (LR) to add credibility to its oil and bunker desulfurization process.

In turn, LR has - along with a considerable caveat - verified that Genoil's bunker desulfurization technology has converted HSFO into IMO2020 compliant 0.50% max sulfur fuel.

LR FOBAS Product Manager, Muhammad Usman, clarified that LR had verified the 0.38% m/m sulfur content of the output sample but "did not have full visibility of the technical approach used by Genoil's process or demonstration and was not present throughout."

The RMG380 bunker fuel was said to have been sourced from Rotterdam.

Genoil are one of a number of firms exploring novel desulfurization processes that are seen as being increasingly attractive given the global 0.50% sulfur cap for marine fuel coming into force from January 1, 2020.

While it has yet to see its process used in earnest for maritime application, a key attraction is that the output is not a blended product.

Interest in Genoil's technology for the bunker markets dates back to before the 2015 introduction of the 0.10%S ECA sulfur cap.

With internal and external appointments.

However, worries build over the prospect of another inventory glut.