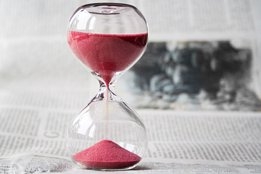 Investment in exhaust gas cleaning systems, more commonly known as scrubbers, is being held back by uncertainty over future regulatory changes, a new survey of shipowners by Drewry suggests.

When the global 0.50% sulfur cap comes into force in 2020, vessels using the technology will be able to continue to burn otherwise noncompliant high sulfur fuel oil that is expected to be considerably cheaper than compliant fuel, leading a number of respected analysts such as industry Veteran Rudy Kassinger to declare the economics for scrubbers a "slam dunk".

However, uptake of the technology to date lags considerably behind expectation.

Drewry said concern had been raised by some owners that scrubbers were just a "stop-gap solution" with a high proportion believing further environmental legislation is likely to be introduced in the next decade that could limit or completely outlaw their use.

"If owners who have invested in compliance with current regulations have their investments rendered obsolete by regulatory changes, it will dis-incentivise future compliance. Rational owners will adopt a wait and see attitude to avoid taking another write-down in the future," Drewry quoted one respondent as saying.

The same survey found only 66% of respondents believe the IMO2020 rule will come into effect as planned from January 1, 2020.

The industry body's focus will be on improving standards, lobbying for the introduction of supplier licensing and MFMs, and decarbonisation.

The firm has ordered the 2,000 DWT oil products and chemicals tanker from Genka Shipping.