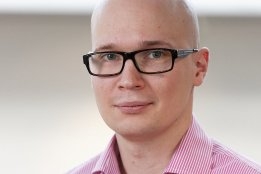 Expectations are high that exhaust gas scrubber technology demand will soon be resurgent. But what lessons have been learned from installations and which type will dominate?

Installing scrubber systems on ships that were never envisaged to have them on board has brought well documented challenges for older tonnage, with accurate drawings and documents sometimes hard to source. Where class documentation is concerned, meanwhile, different societies can have subtly different requirements and interpretations vary by individual surveyor.

Having secured around 60 exhaust gas scrubber references, naval architecture and marine engineering firm Foreship suggests that future projects will benefit from the lessons learned at the level of detail design and installation work.

Foreship's scrubber selection recommendations for owners are fully independent and based on cost, complexity and the ship's operating profile. With services ranging from feasibility studies to concept design, basic design, detail design and supplier evaluation, Foreship has extensive experience of open loop, closed loop and hybrid systems, a variety of class rules and yard installations in Europe, North America and Asia.

Should the economics driving scrubber uptake appear compelling for an individual owner, he/she must first consider, for instance, space availability and any structural changes and reinforcements that may be needed, says Olli Somerkallio, Chief Operating Officer, Foreship. As well as extra tankage and other heavy components, he says, retrofitting a scrubber can involve re-building parts of a vessel's structure can be complex.

Passenger ships present particular challenges, where adding a scrubber system can bring the need for a complex re-calculation of the vessel stability

"The required modifications can affect damage stability; if tanks are added asymmetrically for example. Passenger ships present particular challenges, where adding a scrubber system can bring the need for a complex re-calculation of the vessel stability. If the effect of the installation on the vessel's stability is not carefully considered, it can cause stability challenges for the rest of the ship's service life, especially on cruise ships. Scrubbers also use plenty of power, especially as a proportion of what is available on-board cargo ships, while closed loop or hybrid systems create tank capacity issues that are sometimes passed over."

In addition to finding the space on an existing ship to install a scrubber system, one of the main challenges for cruise ship retrofits has been owners desiring to avoid the 'off-hire cost' of taking working ships out of service.

Therefore, many cruise owners have decided to do most of the work while the vessel is operating. "Changes on the vessel's watertight integrity, like tank modifications and bulkhead penetrations, cannot be done when the ship is at sea," says Somerkallio. "This means that such installations must take place in short bursts when the ship is in port, so that the entire process can take some time. On a cruise ship, there is also guest disturbance to think about: the noise; the smells; and the closure of some public spaces. Some cruise lines also indicate that an additional crew member is required to take care of complex hybrid plant.

With the number of scrubbers in operation rising, lessons have been accumulating for cargo ship owners too. "DNV has offered its thoughts on corrosion problems in scrubbing water in the discharge piping passing through hull penetrations," says Somerkallio.

the reliability of some scrubber systems can be challenged in ice conditions, Somerkallio says

The reference is to a well documented incident where corrosion in SOx scrubber piping between the overboard valve and a ship's hull led to a large quantity of seawater entering a ship engine room. During the damage survey, the spool piece and the diffusor diluting the acidic wash water outflow were found to be heavily corroded, with the most likely cause a flaw in the application of the protective epoxy coating. DNV GL now requires an annual inspection of the spool piece, either by Ultrasonic Thickness Measurements or by a diver.

Cumulatively, installations have also flagged up the heat loads generated by scrubber systems as a problem for machinery spaces. "Fire safety risks also have to be attended to, where scrubber system piping manufactured from combustible materials. In cases where fires have occurred during the installation phase, these materials might not be the cause, but they can contribute in the fire propagation."

The majority of the hybrid systems the company has worked on have been destined for cruise ships or ROPAX vessels, where vessels spend more time operating coastally and in-port. However, lower cost open loop scrubbers have represented a larger part of the company's workload, with owners switching to lower sulphur fuels where port restrictions on washwater demand it.

"It's understandable that some local authorities take a negative view on acidity in washwater and the presence of heavy metals, no matter how low the concentrations, especially where water exchange rates are not high," says Somerkallio. "Hybrid scrubbers that switch to closed loop operations certainly provide one option but the other remains to install an open loop system and manage a switchover to low sulphur fuels in port."

The combination of Covid-19 and cut-throat oil pricing has eaten into the differential between high sulphur and low sulphur content fuel oils, leading demand for scrubbers to stall. The circumstances has also had consequences for future scrubber technology demand, according to Somerkallio.

The cruise ships needing hybrid scrubber systems to accommodate closed loop operations in waters identified as especially sensitive had already been equipped, while Covid-19 has driven some older vessels that might have been hybrid candidates to scrap.

The total cost of open loop scrubbers including equipment and installation is significantly lower than is the case for hybrid systems, and owners that have committed to this technology are reporting returns on investments far more rapid than anticipated, Somerkallio reports. "When oil prices recover, we expect this type of scrubber to attract significant new investment," he says.

Somerkallio acknowledges that criticisms are levelled at open loop scrubbers based on sulphurous washwater but emphasises that only specific ports and coastal waters block their use. While the efficiency indexes driving IMO  regulations favour LNG over HFO, December's Marine Environment Protection Committee nonetheless pointedly replaced the phrase 'liquid effluents' with 'discharge water' in its latest scrubber guidelines evaluation.

"Whatever the critics might say, if there was an outright ban on the open loop, I believe there would only be a very small number of scrubber installations altogether each year. I don't believe that would be an environmentally desirable outcome."

Qualified to MSc level in Naval Architecture and Marine Engineering, Olli Somerkallio has extensive industrial experience in both disciplines. After joining Foreship in 2014 as Project Manager, Olli was appointed to head up the company’s machinery department on its formation in 2015. In early 2020, he was appointed to establish and lead Foreship GmbH, Foreship’s new Hamburg-based subsidiary, as Managing Director. November 2020 saw Olli return to Helsinki, and move into the role of COO at Foreship Ltd.

After nearly five years’ experience as Head of Machinery at Foreship Ltd, preceded by three years at leading marine technologies provider Wärtsilä, Olli has developed significant insights in the field of environmental solutions. He has specialist knowledge in exhaust gas cleaning and ballast water treatment systems and advises owners and operators on installation, regulatory compliance, equipment selection and more.