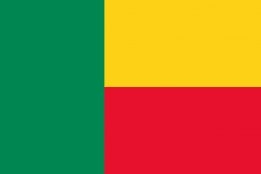 The Queensway Vemahonesty supplies bunkers off the coast of Benin and Togo. File Image / Pixabay

Bunker supplier TFG Marine has added a mass flow meter to one of its barges in West Africa.

The company has had the system installed on its chartered barge the Queensway Vemahonesty, currently supplying TFG Marine's customers with bunkers off the coast of Benin and Togo, a representative of the firm told Ship & Bunker on Wednesday.

"We are continuing to deploy state-of-the-art mass flow meters on our barges in regions such as West Africa to ensure every drop is accounted for," the company said.

Singapore has made mass flow meters mandatory for bunker deliveries there for several years now, seeking to eliminate delivered quantity disputes and the 'cappuccino bunker' problem that plagued the city-state's industry previously. Other national and port authorities have largely not followed Singapore's lead yet, but individual suppliers have in many cases voluntarily installed the systems as an implied indicator of better service than their competitors.

Vessels set to be operations from 2022 in the Baltic Sea.